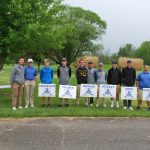 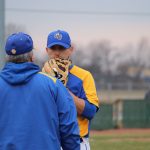 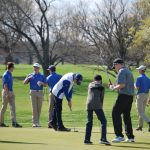 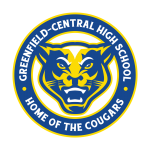 COVID-19 Re-Entry Guidelines and Requirements Student-Athletes Updated June 29, 2020   Beginning Monday, July 6th, Greenfield-Central High School student-athletes are invited back on campus to participate in VOLUNTARY workouts with their team and coaches.  We are excited for the opportunity to return to campus and will continue to keep the health and safety of our 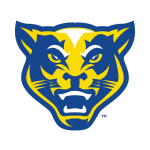 Greenfield-Central Athletic Participation Forms for 2020 – 2021 IHSAA rules dictate that a physical must be dated April 1st or later to be good for the next school year.  All students must turn in the five (5) page physical form signed by a licensed Indiana Physician and complete the on-line forms listed below to the school they

GDR Sports: Rich Torres ST. LOUIS — Zipping around the Texas Rangers spring training complex at Surprise Stadium just northwest of Phoenix, Kyle Gibson is mic’ed up and heading to the players’ parking lot. Behind the wheel of a golf cart, the seven-year MLB veteran stops and picks up fellow pitcher Jordan Lyles, offering

GDR Sports: Rich Torres GREENFIELD — Olivia Moss knows what she likes and dislikes, or at least until she tries it. A dance team member from the age of 5 until midway through high school, Moss would admittedly see runners out practicing or competing and immediately think to herself, “they’re crazy.” But, all it took

GDR Sports: Rich Torres GREENFIELD — The past didn’t merely comeback around for Greenfield-Central’s Brady Mundell. It was delivered via the U.S. Postal Service. With his right arm in a splint, a few days removed from minor surgery he had done last week to correct a pinched nerve, Mundell received a letter this summer — 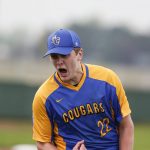 GDR Sports: David Hill GREENFIELD — Adam Hutchison remembers his first real baseball bruise. It stung. No question. But, it also sunk in deep. Nearly 10 years ago, the now Greenfield-Central senior was pitching to his father, Michael Hutchison, when the elder laced a comeback line drive straight towards the mound…   For more

GDR Sports: Rich Torress GREENFIELD — The first time Crystal Peterson stared down a hurdle, she didn’t know what to think. She just knew she had to clear it…   For more on this GDR Sports article, check out the following link! http://www.greenfieldreporter.com/2020/05/07/leaving_her_mark_greenfieldcentrals_crystal_peterson_set_a_standard_for_future_cougars_to_follow/

The NCAA has released new eligibility guidelines for the Class of 2020.  You can view them by clicking on the link HERE. 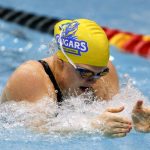 GDR Sports: Rich Torres GREENFIELD — Before Megan Coffin plunges into the pool for any meet, the Greenfield-Central senior lets her personality shine through…   For more on this county swimmer of the year article, check out the following link! http://www.greenfieldreporter.com/2020/04/14/setting_the_standard_greenfieldcentrals_megan_coffin_named_county_swimmer_of_the_year/

No Events This Week

Events are added by athletic staff.
View All Events