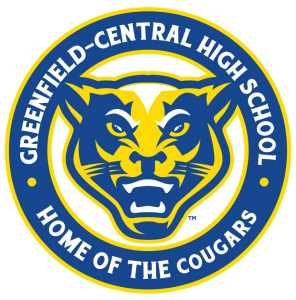 “Greenfield-Central schools believe good sportsmanship is a fundamental part of interscholastic athletic competitions.  We encourage all spectators at our events to keep in mind that good sportsmanship is EXPECTED as we set good examples for our students, players, and future GC Cougars in attendance.  Negative comments and acts directed towards athletes, coaches, officials, or fans are unacceptable and will be subject to ejection. We want to thank our fans in advance for your cooperation and promotion of good sportsmanship.”