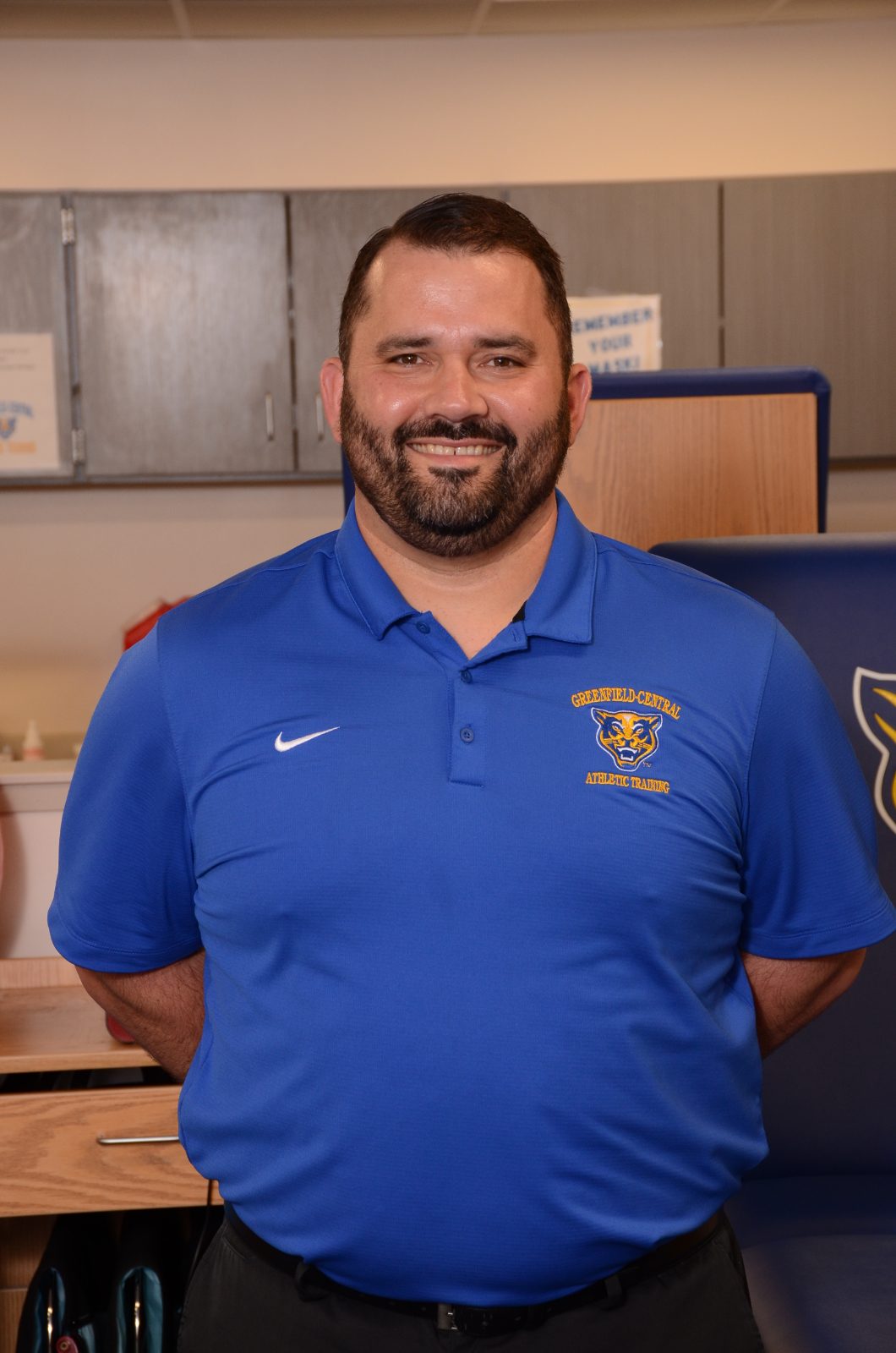 Ryan Galloy is employed through Hancock Health and was hired as the Head Athletic Trainer at Greenfield Central High School in March 2019. Previously, he was at Butler University for 15 years, the last 12 years as the Director of Sports Medicine. While running the sports medicine program he also served as athletic trainer for men’s basketball and football and was an adjunct professor in the College of Education. He first was hired there as an Assistant Athletic Trainer from 2004-2006 and then promoted to Associate Athletic Trainer/Rehabilitation Coordinator in 2006. During those first 3 years at BU, Ryan was the athletic trainer for women’s basketball, baseball and football.

From 2003-2004, Ryan was at Concordia University-Chicago as an Assistant Athletic Trainer in charge of football, men’s basketball, and baseball while overseeing rehabilitation for all sports. Additionally, he served as an adjunct professor in Concordia’s Dept. of Human Performance. From 2002-2003 Ryan was the Athletic Trainer at La Costa Canyon High School in Carlsbad, California. From 2000-2002 he was a Graduate Assistant Athletic Trainer at San Diego State University. While at SDSU, he was the athletic trainer for the men’s soccer and baseball teams as well as teaching in their athletic training education program. He earned a Master of Arts degree in Physical Education specializing in Biomechanics from SDSU in 2003.

Originally from Algonquin, Illinois, Ryan is a 2000 graduate of Butler University with a bachelor’s degree in Physical Education and Athletic Training and a Health and Safety minor. He was also a linebacker on the football team from 1995-1998. Ryan has been certified as an athletic trainer (ATC) by the National Athletic Trainers’ Association Board of Certification since 2000 as well as a certified strength and conditioning specialist (CSCS) by the National Strength of Conditioning Association since 2001. In 2019 he was certified as a Corrective Exercise Specialist (CES) by the National Academy of Sports Medicine. He and his wife Casey, have 3 children, Madelyn (8) Emily (5) and Robert (2). They all are happy that Ryan decided to make a professional change for his family and become a GCHS Cougar!