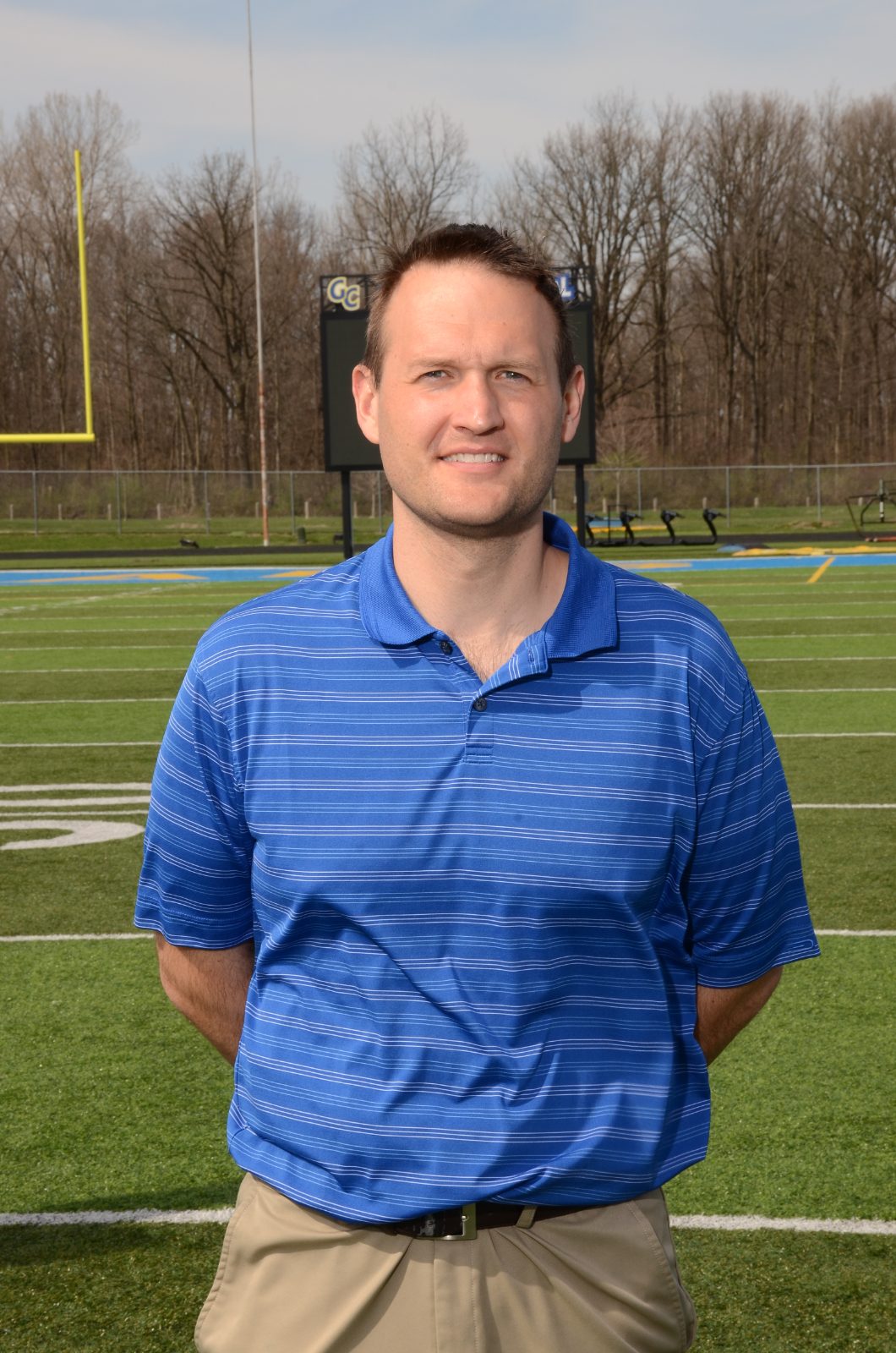 Russell Wiley is originally from the southside of Indianapolis and is a 2001 graduate of Roncalli High School. While there, he played basketball and golf and participated in academic teams.

After high school, Coach Wiley attended Indiana University in Bloomington and received a Bachelor of Arts in Secondary Education while also being an officer in Alpha Sigma Phi Fraternity for four years.  In 2011, he finished his M.A. in Political Science from Ball State.

Russell and his wife, Anne, a 2002 graduate of G-CHS, were married in July 2008 and live in Greenfield. They have three daughters, Maya (7) Clara (5) and Nora (3). He also enjoys playing golf and basketball and of course watching the Indiana Hoosiers play anything.