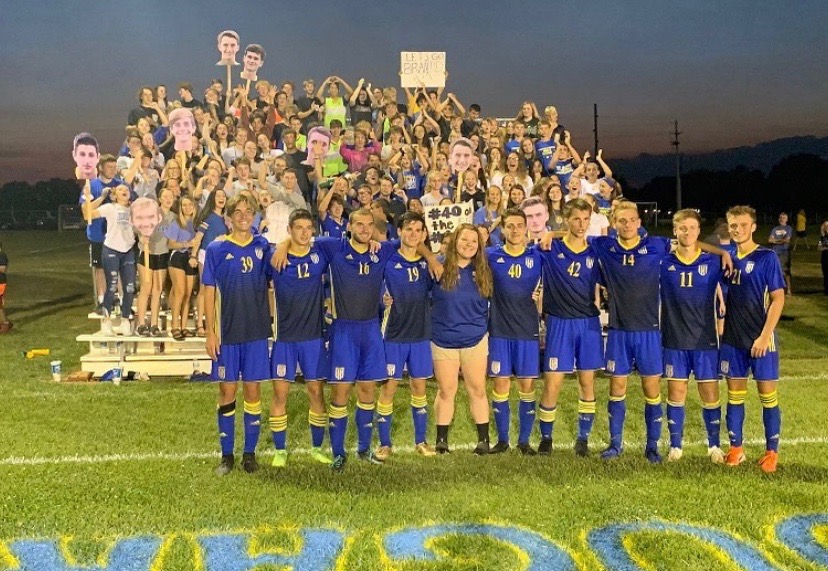 What a night! Senior night is usually a special night for most schools, and GC definitely made it a night to remember.

GC wasted no time in making an impact and setting the tone for the game. In the 4th minute Zack Bell converted a long throw from Caleb Mundell. This was the career record breaking assist for Mundell with 37.

It’s always difficult for a senior to come into a season with an injury. Tyler Murphy’s hard work paid off in the 10th minute with a long range shot over the keeper’s head.

The third and final goal of the half started outside and was crossed in by Drew Oakley. Jordy Phillips let the ball through and Zack Bell was left unmarked for a 1v1 with the keeper.

The start of the second half was very slow and allowed New Palestine its only chance at goal. In the 57th minute a penalty was called for a handball in the box. Tyler Murphy calmly placed the ball in top corner for his second of the night.

As time was winding down, Caleb Mundell received a pass from Tyler Murphy and made a deceptive cut onto his left foot. He was then able to curl the ball in over the keeper for his first goal of the night.

The scoring wasn’t over though. With 2 minutes left in the game Caleb Stoeffler found Tyler Murphy in the middle of the field. One touch set up and a shot from deep gave Tyler Murphy his hat trick on his first game back from injury.