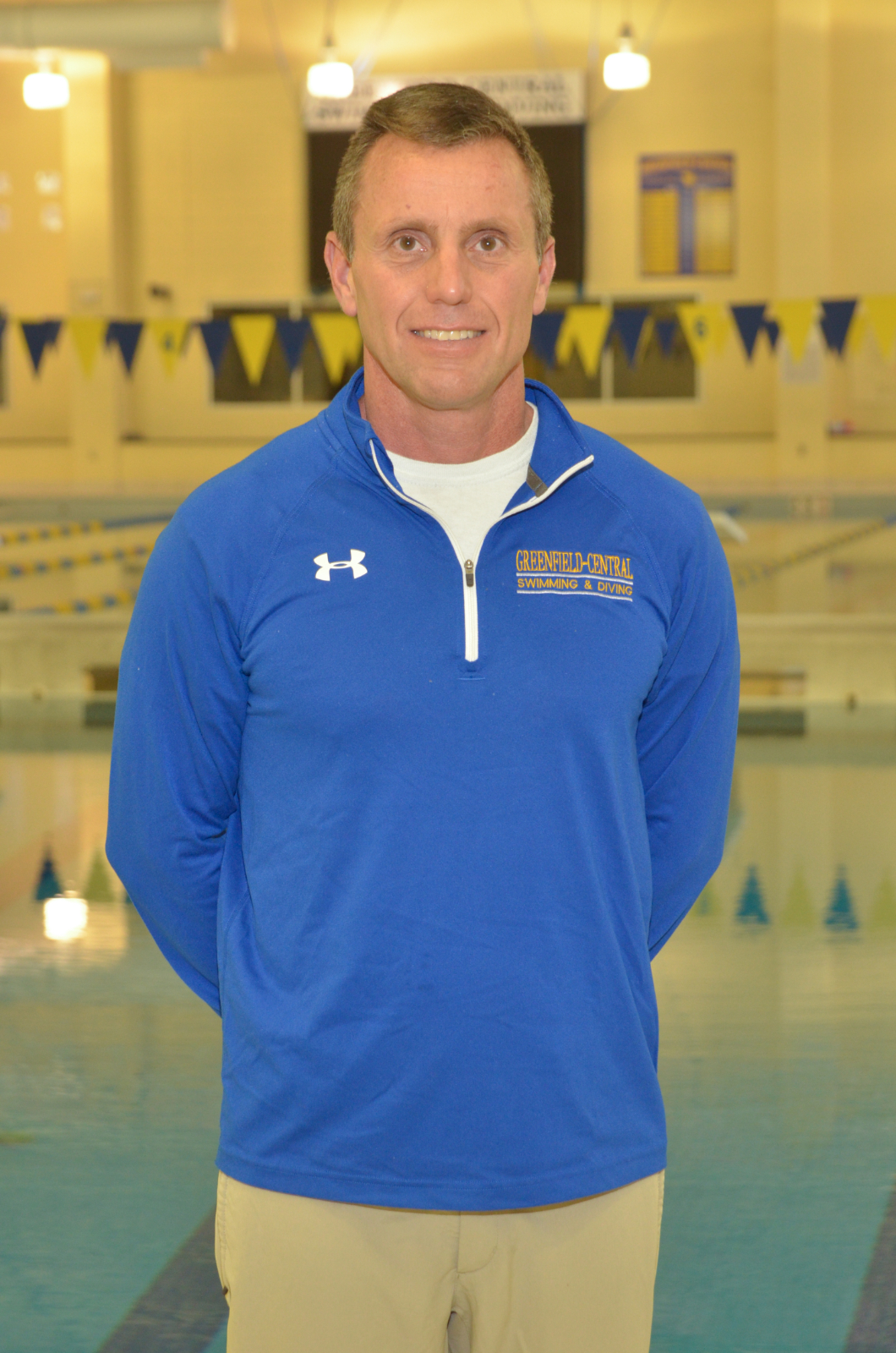 Mark Logan is beginning his ninth year at Greenfield-Central High School as the Head Coach for Boys’ Swimming.  The boys’ team has consecutively won 10 conference and sectional titles. They hold numerous school, conference, and sectional records.  They had a record-setting season with numerous swimmers and diver competing at the state meet.  In recent years, they recorded the first-ever state champion and state runner-up for the program with Zach Cook in the 100 butterfly. Mark is the head coach for the year-round competitive club, GCAT.  Mark came from Mt. Vernon High School where he helped coach the girls swimming program to 3 Sectional Championships and 2 Conference titles. He is originally from Owen Sound, Ontario, Canada. Mark is a graduate of the University of Indianapolis where he ran cross country, swam, and ran track for all three teams for all 4 years in college.  After graduation, Mark coached at Warren Central High School. He is happily married to his wife, Emily for 25 years. They have four beautiful children and two granddaughters who love the water as much as their parents. Mark would like to thank everyone at Greenfield-Central for all the support and encouragement!