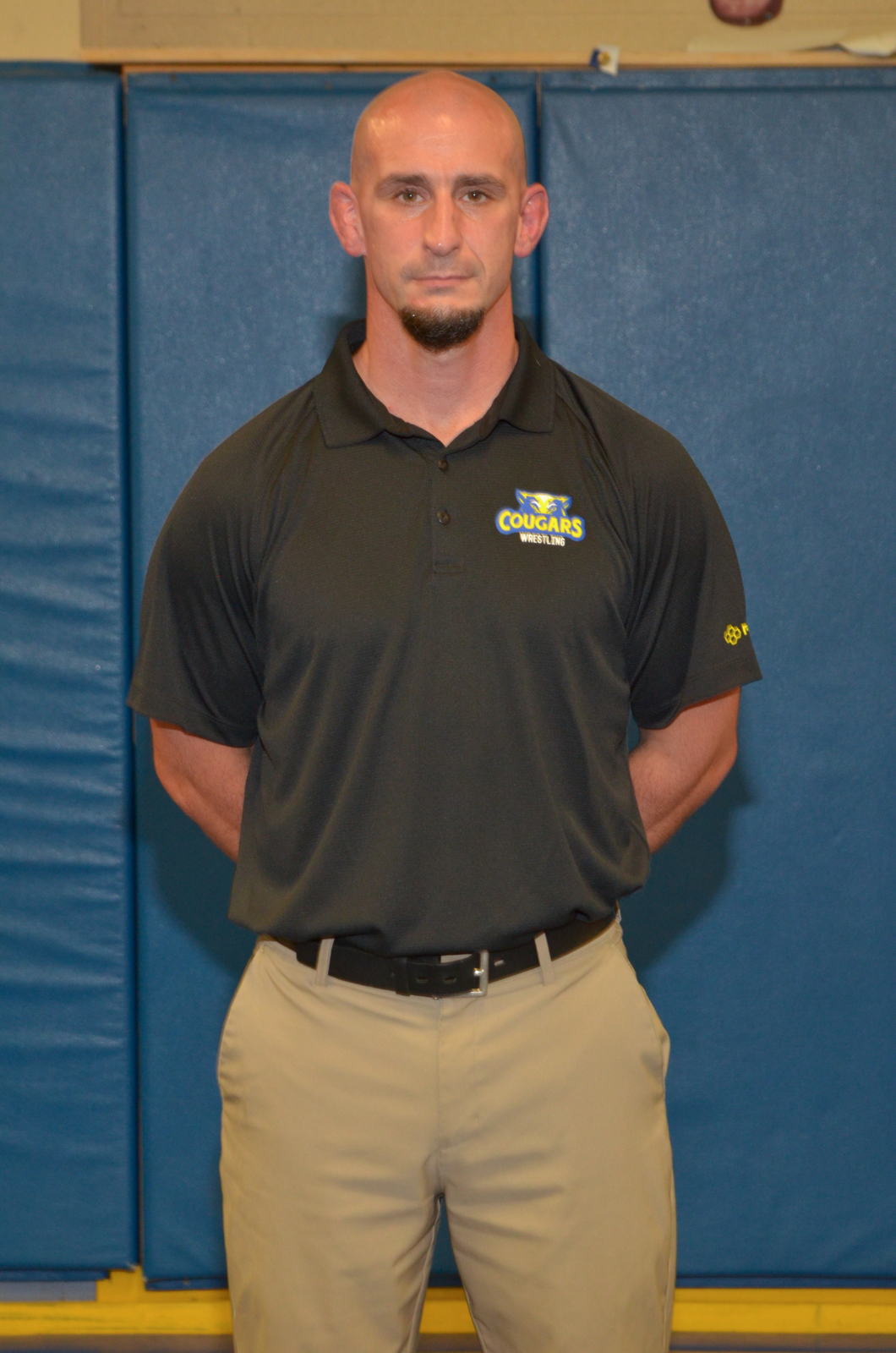 Greenfield-Central Head Wrestling Coach Joshua Holden is excited to enter his 15th season leading G-C, and his 16th overall.  Last season the Cougars finished with a record of 14-10 against one of the toughest schedules in the state.  In 2019 the cougars finished 20th in the state, were 4th out of 32 teams at the Connersville Invitational and placed 3rd in the Hoosier Heritage Conference Tournament.  Josh and his wife, Monica, celebrated their 16th wedding anniversary this October.  Together they have a son, Isaiah, a 9th grader who participates in the Cougar’s football and wrestling programs, and a daughter, Harper Lee, who is 13.  Harper plays volleyball for the junior high and this offseason made The Academy Elite Travel 3 Team.  Coach Holden would like to thank his family, especially his wife, for all of the support and dedication they give that allows him to follow his passion for coaching.