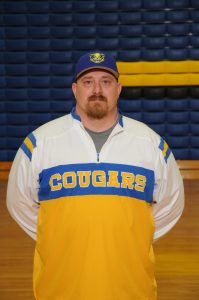 Softball Varsity Coach Jason Stewart will be entering his 17th season with the Lady Cougars coaching staff and 15th overall as the Head Coach. Coach Stewart’s Cougars have compiled a record of 271-141.

The Greenfield-Central softball program has been ranked in the state polls the last 14 seasons. Coach Stewart would like to thank all of his family that comes out and supports the team as well as all the great fans in the community.